Living at home we have 2 dogs mother Alpha and her daughter Axxa.

Alpha is a once in a liftimedog!

Her full name is

We are competing in tracking, obediance and rallyobedians. We do shows sometime but not so much anymore. The woods are where we feel most at home doing training and work fore the Swedish homeguard. She has high preydive and is eager to please you in all work. She does not care about wildlife or other animals, She has a good ability to relax when nothing happens, She is social and is extremely easy to have in all environments. She has no fears either social or environmental-related and is totally secure to gunshot. When she made the big Swedish mental test, she was among the highest score any Laekenois ever received. Her hips and elbows x-rayed free and she comes from a litter where all x-rayed individuals are free. She is also eye tested clear. 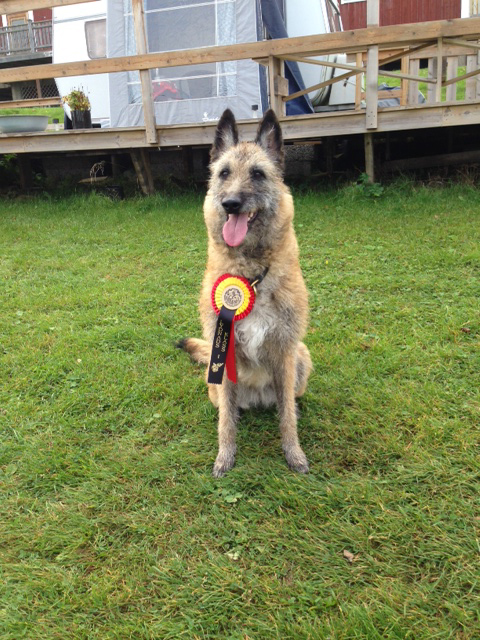 I kept one of the puppies from the litter. Her name is Sinanju’s Bestla of Quint but called  Axxa. She will be trained and in track and patrol and in time take over from her mother as my service dog in the Home Guard. Currently we train obedience, nosework, rally, bitework and treacking. She is very nice and very social. Love to work and to tease her mother 🙂

She has earnd two titles i rally and got 1 diploma in nosework. I have now decided to breed her om her next heat. Lock under plans and you will finde the male. 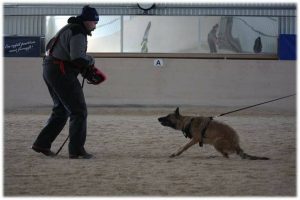